For the sixth season in a row, and the ninth time in 10 seasons, the Chicago Bulls qualified for the NBA playoffs ... Chicago earned the fourth seed in the East with 48 victories—it marked the fourth consecutive season that the Bulls won at least 45 games ... Joakim Noah ranked sixth in the NBA with a team-high 11.3 rpg; Noah also posted 5.4 apg, the most assists by an NBA center since 1979-80 (Sam Lacey averaged 5.7 apg) ... with 431 assists and 121 blocks, Noah became the ninth player in NBA history to record at least 400 assists and 100 blocks in a single season ... Noah also finished second in the league with four triple-doubles ... Jimmy Butler led the league with 38.7 mpg and ranked fourth with 1.90 spg ... Chicago led the NBA in opponent scoring, as it allowed a league- low 91.8 ppg and it finished second in the league in opponent field goal percentage, as the team yielded .430 shoot- ing ... Tom Thibodeau earned his 200th career victory with a win at Atlanta on April 2 ... the Bulls led the NBA in home attendance for the fifth straight season with an average of 21,716 fans per game and extended their home sellout streak to 164 games.

Qualified for the ninth time in 10 seasons ... eliminated in the First Round of the Eastern Conference Playoffs by the Washington Wizards (4-1).

Joakim Noah was selected as a reserve to the 2014 NBA All-Star Game in New Orleans; for Noah, it was his second straight All-Star nod ... Noah was chosen NBA Defensive Player of the year by the media and became the second Bull to claim the award (Michael Jordan in 1987-88) ... Noah also earned All-NBA First Team and NBA All-Defensive First Team honors, while Jimmy Butler was chosen to the NBA’s All-Defensive Second Team. 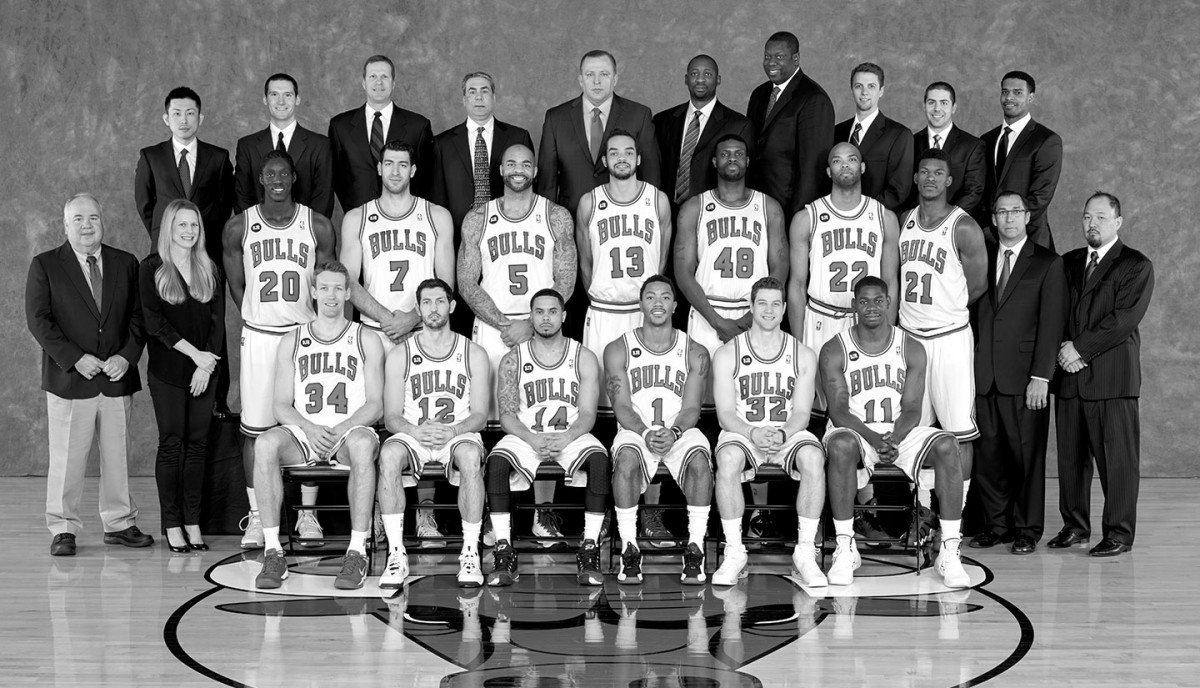