or the fifth year in a row, and the eighth time in nine seasons, the Chicago Bulls qualified for the NBA playoffs ... Chicago won 45 or more games for the third straight season and claimed the fifth seed in the Eastern Conference playoffs ... Luol Deng led the team with 16.5 ppg and, for the second season in a row, he led the NBA with 38.7 mpg ... the Bulls ranked third in the NBA in scoring defense (92.9 ppg) ... Carlos Boozer finished fifth in the NBA, and second in the East, with 44 double-doubles (the most by a Bull since Charles Oakley in 1987-88) ... the Bulls snapped Miami’s 27-game win streak (the second-longest streak in NBA history) with their 101-97 win on March 27 ... on Jan. 14 versus Atlanta, Chicago held the Hawks to a franchise record-low 58 points ... the Bulls led the NBA in home attendance for the fourth straight season with an average of 21,877 fans per game, as they sold out every home game.

Luol Deng and Joakim Noah were selected to the 2013 NBA All-Star Game in Houston; it was the sec- ond straight season that Chicago placed two players in the NBA’s mid-season showcase (Luol Deng and Derrick Rose in 2012) ... Carlos Boozer and Nate Robinson each earned Eastern Conference Player of the Week honors and Tom Thibodeau won Eastern Conference Coach of the Month for the month of January ... Joakim Noah was selected to the NBA’s All-Defensive First Team. 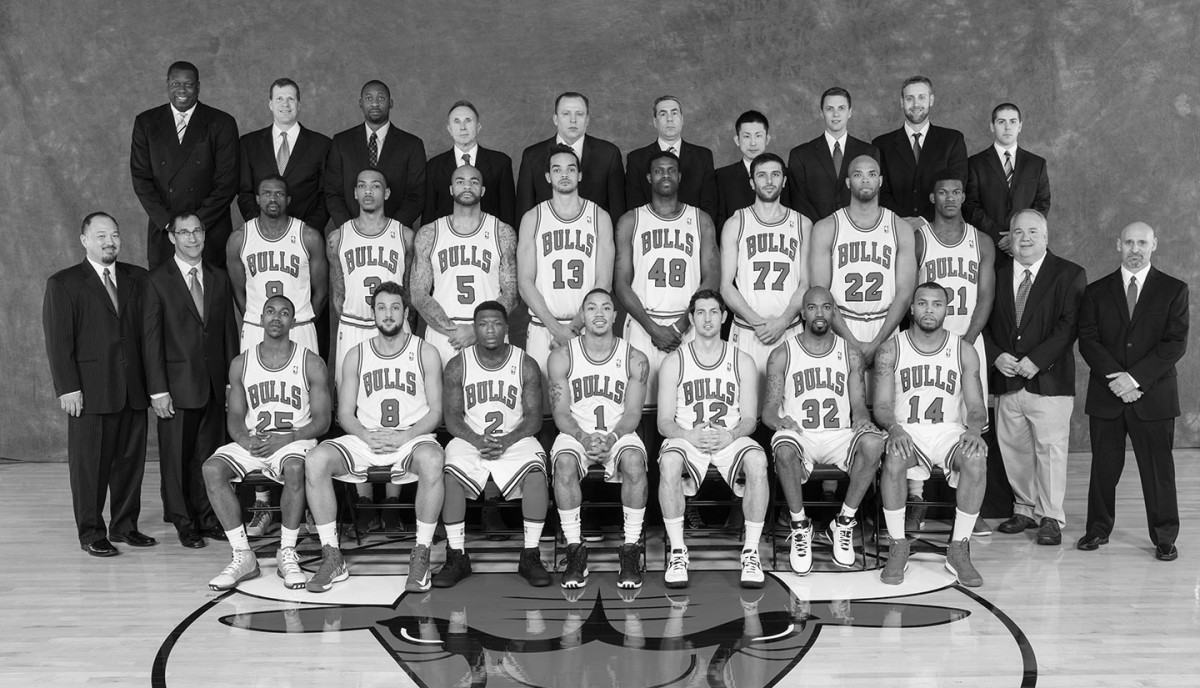