Despite starting just 30 games in his entire pro career, Steve Kerr’s NBA resume is unmatched. As a player, the three-point sharpshooter earned five championship rings – three with the Chicago Bulls (1996, 97, 98), and two with San Antonio (99 and 2003).

In his first year coaching, Kerr became the winningest rookie head coach in NBA history with the team’s 63rd win (the Warriors ended the 2015-16 season with a 67-15 record and the NBA Championship.) And in 2016, Kerr’s Warriors set an NBA all-time record with a 73-9 season (as a player Kerr was part of the 1995-96 Bulls team that set the 72-10 record that the Warriors broke.)

Known for his long-range shooting (and dry sense of humor), the low-key Kerr was drafted by Phoenix, spent several seasons with Cleveland and briefly, Orlando, before signing with the Chicago Bulls in 1993. Once Michael Jordan returned in 1995-96, Kerr became an integral part of the team’s second Championship three-peat. He’s best known for his Game 6 buzzer-beater in the 1997 NBA Finals vs Utah. With the score tied at 86, Jordan passed the ball to Kerr, who hit the game-winner for the Championship. (That same year, Kerr won the All-Star Game’s 3-Point contest.)

In his first four seasons with Chicago, Kerr played in all 82 games and over his Bulls career, averaged 23.2 minutes and 8.2 points per game; Kerr ranks number two, five and eight all-time on the NBA’s list of single-season leaders in three-point shooting percentage. His best season was in 1994-95, when he shot just over 52 percent (former Bull Kyle Korver ranks number one at 53 percent.)

After wrapping up his career in 2003 with San Antonio, Kerr became a TV analyst, then served as General Manager of the Phoenix Suns, from 2007-10. He began his coaching career in 2014, with Golden State. 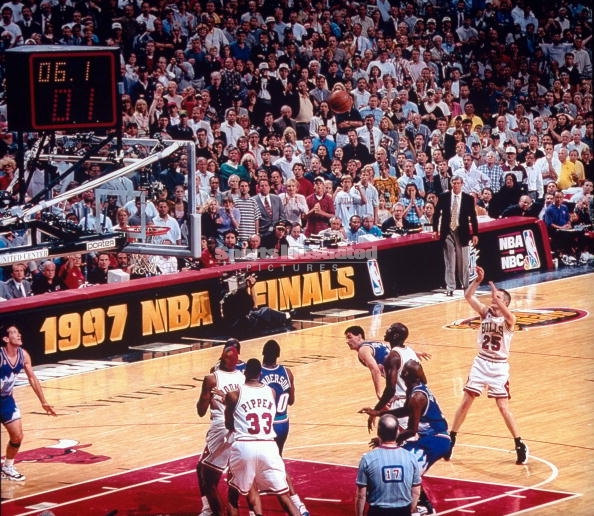 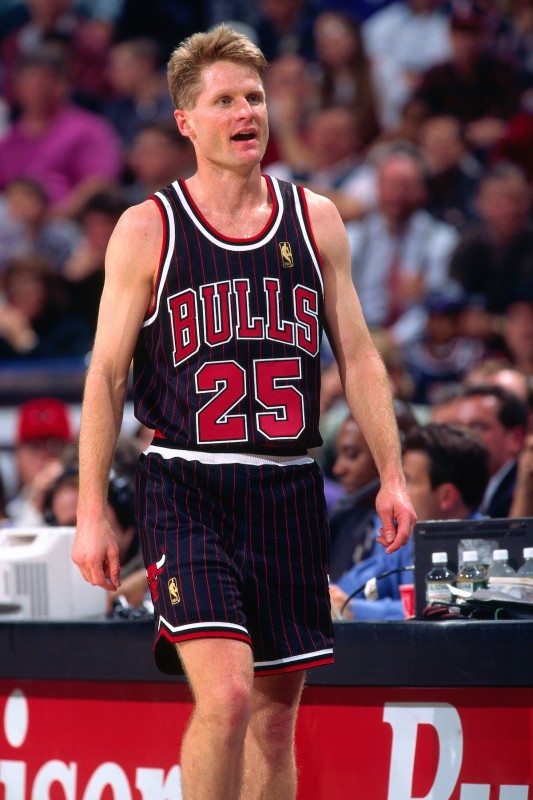 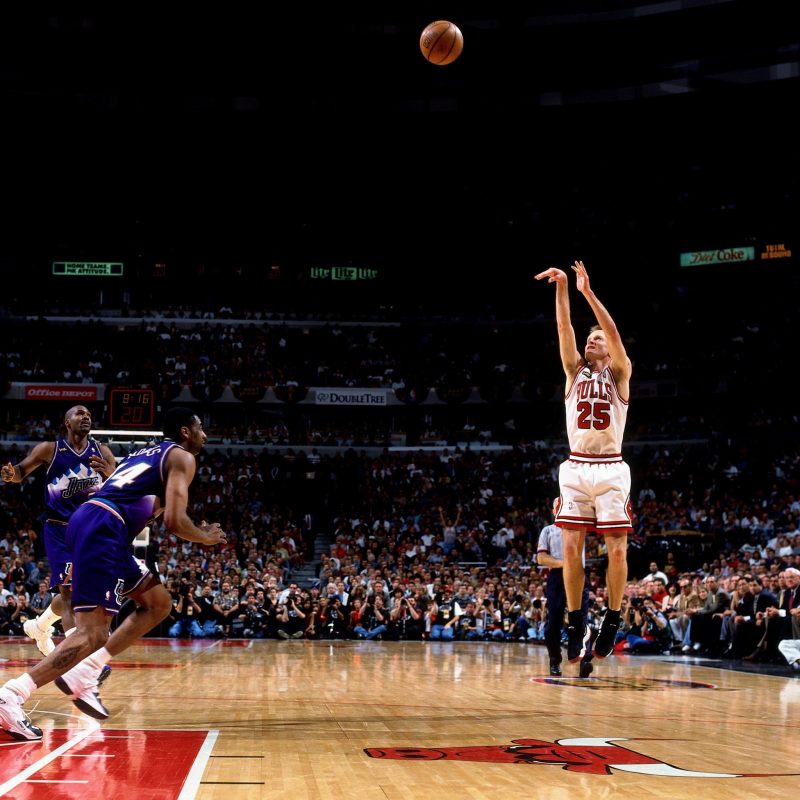 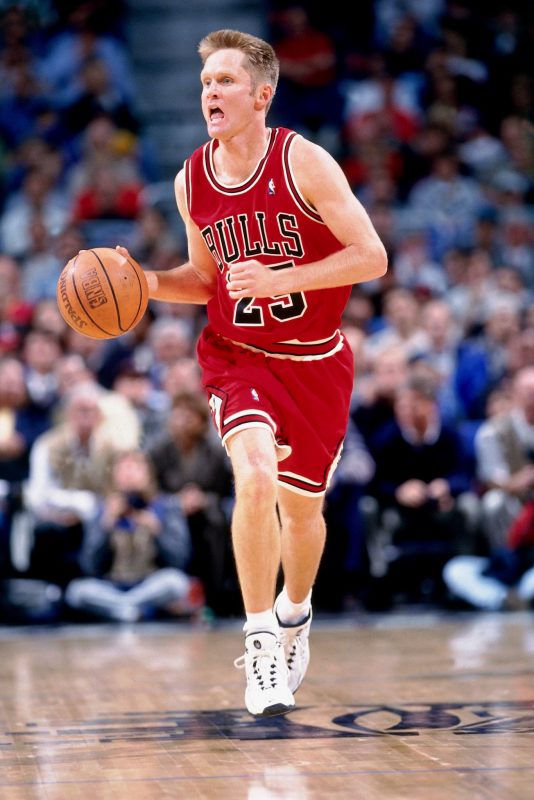 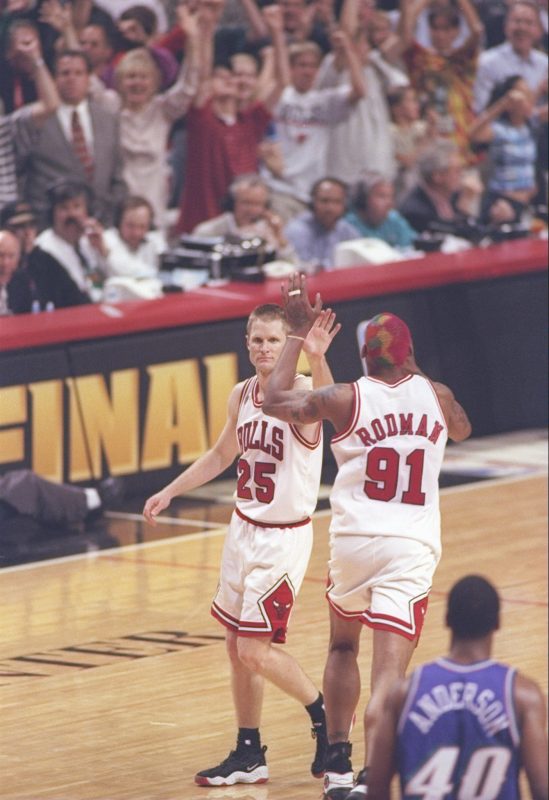 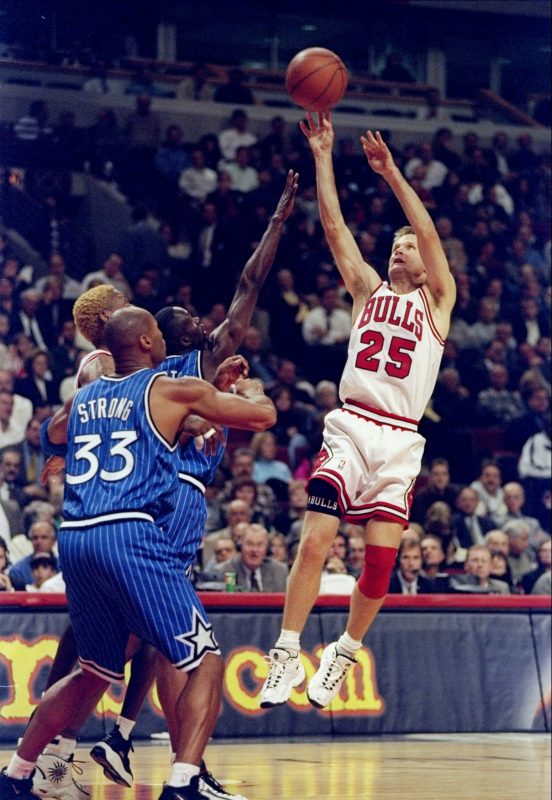