One of the best trades the Chicago Bulls ever made took place at a roadside rest stop approximately 35 miles east of Rockford, Illinois on September 7, 1966.

The Bulls had already opened their inaugural training camp and owner Dick Klein, head coach Johnny Kerr and assistant coach Al Bianchi were driving together on their way to a preseason game.

“The three of us were talking and we came to the conclusion that at most we’d probably win 12 games,” Kerr recalled years later. “We had some talent. We had hardnosed guys who could really run up and down the floor. But we didn’t have a leader, someone who could bring everyone together.”

So when Klein spotted a rest stop ahead he pulled off the highway and went straight to a pay phone to call the San Francisco Warriors whom he had heard earlier that day were looking to trade veteran 30-year old point guard, Guy Rodgers.

Rodgers was coming off a terrific season, one in which he averaged 18.6 points and came in second in the league in assists at 10.7 per game. San Francisco had just hired a new coach (Bill Sharman) who believed Rodgers’ best days were likely behind him and thus Sharman wanted to go in another direction. So after a little give-and-take Klein agreed to trade guards Jim King and Jeff Mullins along with cash and a future draft pick for Rodgers.

“Besides King and Mullins I also had to give up my shirt, my pants and a pair of underwear, but it was worth it,” Klein joked afterwards. “Guy Rodgers was just what we needed.”

A two-time All-American at Temple University and a four-time NBA All-Star, Guy William Rodgers Jr. was born on September 1, 1935 in Philadelphia, Pennsylvania.

In the late 1950’s and early 1960’s, when Boston Celtics great Bob Cousy was nearing the end of his career, Rodgers, then of the Philadelphia Warriors, was starting to make a name for himself. Cousy, who was seven years older, often said he hated to match up against Rodgers “because I knew I’d have to work my tail off at both ends of the court.”

Rodgers, who as a kid often hung out with a group of friends that included comedian/actor Bill Cosby, honed his basketball skills on the streets of North Philadelphia. He came out of Northeast High School, where he averaged 35 points a game as a senior, and established a reputation of being a magical ballhandler. Rodgers was named Philadelphia’s player of the year as a senior, which was a remarkable accomplishment since another local player who would eventually become his teammate in the NBA, Wilt Chamberlain, was a 10th-grader at nearby Overbrook High School. In fact, locally Chamberlain was already touted as being better than a number of players in the NBA.

Small in stature, Guy Rodgers made up for his lack of size with an abundance of creativity and grit. By the time he turned 17, Rodgers had sprouted to 6-feet tall but his weight would never get above 190-pounds.

As for college Rodgers decided to stay close to home and attend Temple, where he led the Owls to a remarkable 74-16 overall record and two Final Four finishes at the NCAA Men’s National Championship Tournament (1956 and 1958). In just three years he became the school’s career leader in points (1,767) and assists (340), posting a career mark of 19.6 points per game over 90 games. Today he ranks 3rd in school history in scoring and is tied for 5th in assists. He was also Temple’s first inductee into Philadelphia’s prestigious Big 5 Hall of Fame.

In 1958, Rodgers was a first-round draft choice of the Philadelphia Warriors. Thanks to his speed, pinpoint passing ability, supernatural dribbling and left-handed shot, he quickly became one of the league’s top playmakers.

On March 2, 1962, the night Chamberlain set the NBA record for scoring the most points in a game by notching 100, Rodgers was by his side the entire time. As Wilt lit up the scoreboard, Guy kept feeding him the ball and matched a then-NBA record of 20 assists as Philadelphia drove over the New York Knicks, 169-147.

Rodgers played four years with the Warriors in his hometown of Philadelphia before moving with the team to San Francisco in 1962. After four more seasons playing in the City by the Bay, Rodgers was dealt to the first-year Bulls and produced the best statistical season of his career, averaging 18 points and leading the league in assists at 11.2 per game, then the third highest single-season mark in NBA history.

With Rodgers behind the wheel, Chicago opened the 1966-67 season by defeating the St. Louis Hawks on the road, 104-97, in the franchise’s first official game. Rodgers played 44 minutes and led all scorers with 36 points.

Three nights later the Bulls won their home opener, 119-116, over Rodgers’ old team, the Warriors, before 4,200 fans at the International Amphitheater. Once again Rodgers sparkled, scoring the game’s winning basket with just under a minute to play and sealing the victory with a free throw, then stealing the ball out of the hands of future Hall of Famer Rick Barry and dribbling out the clock. All-in-all, Rodgers notched 22 points, handed out 21 assists and snared 10 rebounds to post the Bulls first triple-double.

Later that season the Bulls’ starting backcourt of Rodgers and Jerry Sloan were named to the Western Conference All-Star team, where Rodgers helped direct the West to victory by dishing out a game-high eight assists.

Rodgers, who played for the Bulls for just one season and four games the following year before being traded to the Cincinnati Royals, set a franchise single-season record for assists with 908 — a mark that still stands today. Besides the 21 assists he doled during Chicago’s first ever home game, Rodgers also established another still standing franchise (single-game) record for assists a little later that season by dishing 24 against New York on December 21, 1966 to help lead the Bulls to a 110-107 victory.

Thanks in large part to his directing the action on the floor Chicago finished its inaugural season with a record of 33-48, the best won-loss mark ever recorded by an NBA team in its first season. The Bulls even made the playoffs, another first for an expansion team, but were eliminated in the opening round by the St. Louis Hawks. Besides Rodgers and Sloan playing in the All-Star Game, Johnny Kerr was named Coach of the Year, and the Bulls starting center, Erwin Mueller, was named to the NBA’s All-Rookie team.

Four games into the 1967-68 season, the cash-strapped Bulls were in disarray. Klein, needing money to keep the team viable, ended up trading Rodgers to the Cincinnati Royals for cash, two future draft choices and guard Flynn Robinson.

The next season the league expanded again, welcoming the Milwaukee Bucks into the fold. Cincinnati decided to leave Rodgers unprotected for the expansion draft and the Bucks were only too happy to select him. Rodgers went on to play his final two seasons in Milwaukee, the last of which was in 1969-70 alongside the No. 1 overall draft pick that year, a 7’3” center from UCLA named Lew Alcindor (aka Kareem Abdul-Jabbar).

When Rodgers retired after that 1969-70 season at the age of 34, the 12-year veteran sported career averages of 11.7 points and 7.8 assists per game, and ranked third in NBA history with 6,917 assists. Beginning in his second year (1959-60) through his only season with the Bulls (1966-67) — a span of eight years — Rodgers finished either first or second in the NBA in total assists and assists per game.

After his playing days came to a close, Rodgers then went to work for the Xerox Corporation as an executive on the West Coast before retiring and returning home to Philadelphia in 2000. Unfortunately the following year he passed away from a heart attack at the age of 65 on February 19, 2001.

“Guy Rodgers was such a terrific player,” remembers longtime Warriors teammate Al Attles. “Guy was as good with the ball as anyone I had ever seen. It was impossible to figure out what he was thinking. He always seemed to be one or two plays ahead of everybody.”

“Without question Guy Rodgers was the best passer I ever played with or against,” insists current Milwaukee Bucks TV analyst Jon McGlocklin, who was a teammate of Rodgers’ during Guy’s final two seasons with Milwaukee. “(Pete) Maravich was close, but Guy was better. He made every play exciting.”

“Guy attacked — he came right at you,” former Bulls assistant coach Al Bianchi reminisces fondly. “The only player comparable to him today is probably Russell Westbrook. But where Westbrook looks to get to the basket to score, Guy drove to the hoop and looked to pass the ball to an open man.”

In 2014 Guy Rodgers was posthumously enshrined into the Naismith Memorial Basketball Hall of Fame. 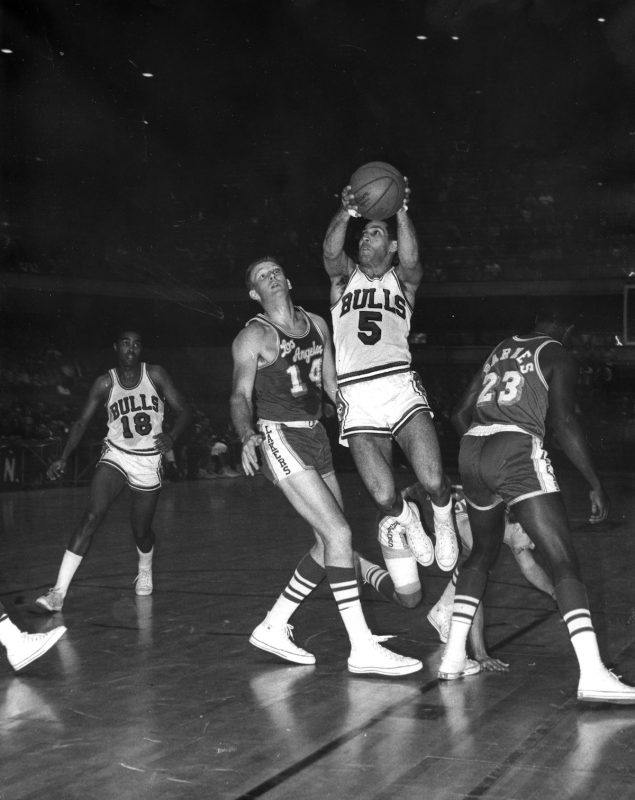 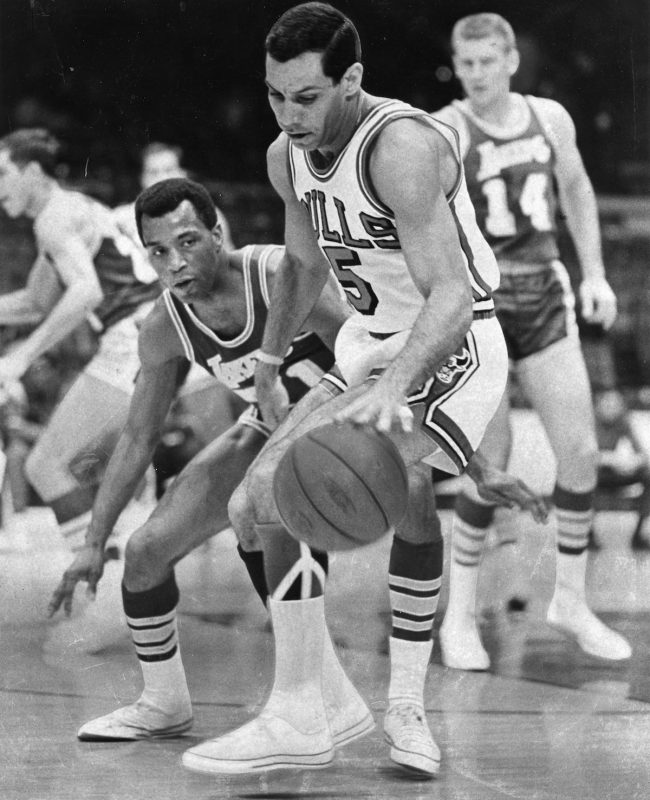 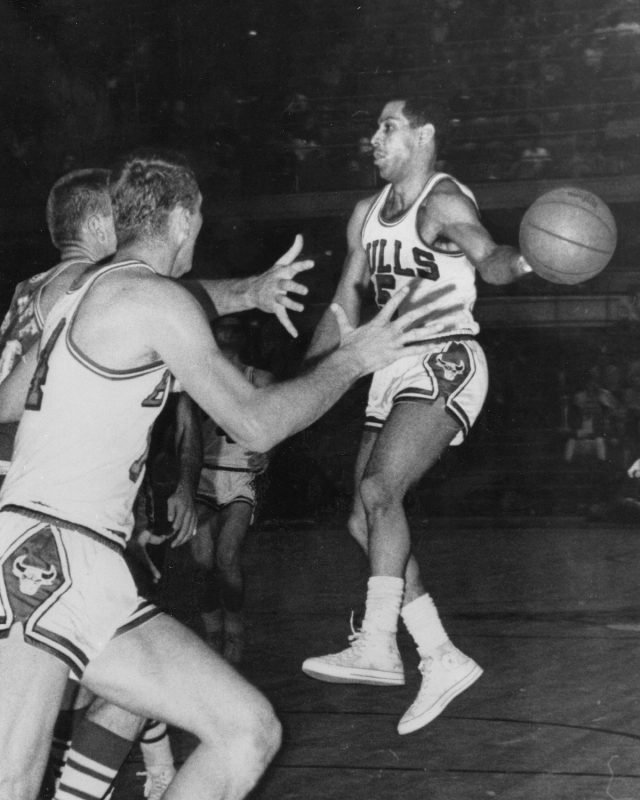 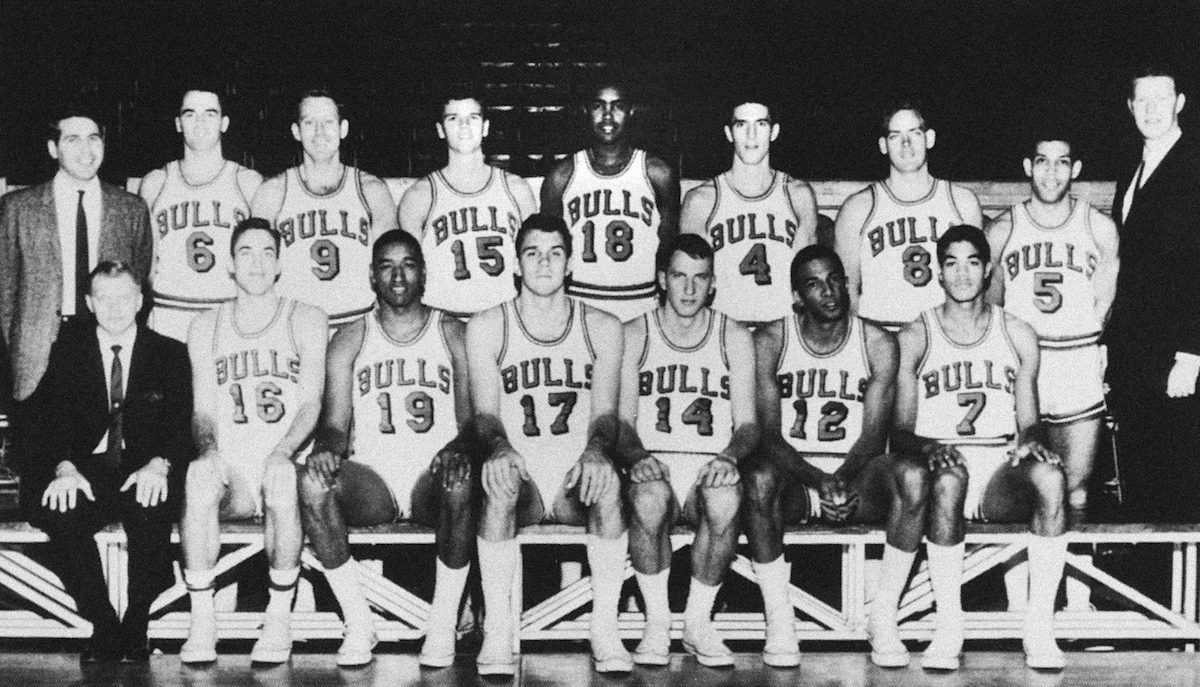