Selected in the second round by the Syracuse Nationals in the 1962 NBA Draft, Chet “The Jet” Walker was a seven-time All-Star who played a key role, averaging 19.3 points and 8.1 rebounds, with the 1966-67 NBA World Champion Philadelphia 76ers — a team that established a then-league record for the most regular season victories by going 68-13 on the year. During the playoffs that season Walker continued to put up great numbers, averaging 21.7 points over 15 contests. But he truly shined during the NBA Finals, averaging 23.3 points and 8.8 rebounds to help the 76ers defeat the San Francisco Warriors in six games.

In total, Walker played 13 seasons in the NBA and averaged 18.2 points (seven seasons with Syracuse/Philadelphia and six with the Bulls) over his career. In total “The Jet” notched 18,831 points in 1,032 games (an average of 79.4 games played per season) before retiring at the age of 35 after the 1974-75 season. He was inducted into the Naismith Memorial Basketball Hall of Fame in 2012.

As a member of the Bulls (1969-75), Walker was named to four All-Star teams, averaging 33.4 minutes, 20.6 points, 6.1 rebounds and knocked down 48.3% of his shots over 474 games. Together with fellow core players Bob Love, Norm Van Lier, Jerry Sloan and Tom Boerwinkle, Chicago never missed the playoffs, posting an impressive 299-193 (.608) regular season record during his Windy City tenure.

Considered one of the best open court forwards of his era, Walker’s style of play was similar to that of Los Angeles Lakers great and fellow Hall of Famer Elgin Baylor. Chet “The Jet” possessed a soft and effective shooting touch near the basket, oftentimes drifting into the paint to receive a pass and head-faking his defender into jumping early only to see Walker’s feet still planted on the ground and then lifting-off only after gravity pulled the defender back to earth. Walker was also sneaky-quick, as he could beat his man off the dribble and drive to the basket for a layup and draw a foul. He was also remarkably durable, never missing more than six games in any of his 13 seasons in the league.

Born February 22, 1940 in Bethlehem, Mississippi, Walker’s family left the cotton fields and the harsh realities of the Deep South soon after his birth and headed to the North in hope of finding a better life, eventually settling in Southwest Michigan in the town of Benton Harbor. Unfortunately good fortune never arrived, as the Walkers endured abject poverty and plenty of hard times, however it was there where young Chet discovered the game of basketball, and through long hours of hard work and perseverance, he received an athletic scholarship to attend Bradley University in nearby Peoria, Illinois. In his three varsity seasons with the Bradley Braves (freshman were not allowed to play varsity sports back then), Walker averaged 24.4 points and 12.8 rebounds a game en route leading Bradley to a 69-14 record and making the AP All-America team each year. On the strength of his skills and brilliant collegiate career, Walker ended up getting the opportunity to play professionally after the Syracuse Nationals tabbed him with the 14th overall pick in the 1962 NBA Draft, where he became teammates with another future Chicago Bulls legend, Johnny “Red” Kerr, who was the Nat’s starting center at the time.

At the time of the trade Bulls ownership and the team’s front office were in the midst of a major overhaul. A rift had developed between the team’s founder, Dick Klein, and his hand-picked coach, Dick Motta. Klein’s business partners ended up siding with Motta and a few months before the start of the Bulls’ fourth season in the league, Klein was ousted from the team’s presidency, and on the advice of former (and future) Chicago White Sox owner Bill Veeck, Chicago named Pat Williams to be the team’s General Manager and chief marketer. At first Williams, who had built a strong reputation as a clever and savvy promoter with the Philadelphia 76ers, worked well with Motta, who now felt emboldened after Klein’s removal. Together along with team scout, Jerry Krause — yes, the same Jerry Krause who would later become the architect of the Bulls’ dynasty teams of the 1990s — zeroed in on completing a trade for Walker. While a number of teams in the league believed there was no chance the 76ers would ever agree to deal away such a talented player, but the Bulls believed otherwise and kept pursuing a trade, eventually talking Philadelphia into pulling the trigger.

The trade caught Walker off-guard and for a little while he contemplated retiring because he had made Philadelphia his full-time home and didn’t want to leave, but cooler heads prevailed and Walker reported to Chicago by the time training camp was set to begin.

Over the next six seasons, Walker would average no less than 19.2 points per game and would play in four more All-Star Games. He helped lead a blue collar, hardnosed team that also included Bob Love, Norm Van Lier and Jerry Sloan to four straight 50-win seasons, and in his final campaign with the Bulls the team captured the Midwest Division but lost a heartbreaking Game 7 to the Golden State Warriors in the Western Conference finals, denying Chicago a trip to an NBA Finals.

Walker’s six-year marriage with the Bulls ended in divorce before the start of the 1975-76 season after Motta, who besides being the head coach had also assumed the position of General Manager, rejected his $200,000-a-year salary demand. Motta and ownership also refused Walker’s demands that he be traded or granted his unconditional release, so he went to court, suing the Bulls and the NBA for violation of federal antitrust laws. In the end Walker lost his court case and at age 35, coming off a year in which he averaged 19.2 points despite playing with tendinitis-wracked knees, he retired. As for the Bulls, their win count plummeted from 47 to 24 by the end of the 1975-76 season.

After the NBA, Walker headed to Hollywood, California to embark on a new career as a TV and movie producer. Among some of the many of the projects he has produced over the years include “Freedom Road,” a 1980 NBC miniseries starring Kris Kristofferson and Muhammad Ali; a 1983 movie entitled The Fiendish Plot of Fu Manchu starring the late comedian Peter Sellers; and in 1989 Walker won an Emmy for a made-for-TV movie titled A Mother’s Courage: The Mary Thomas Story, which focused on the struggles of former Detroit Pistons star and fellow Hall of Famer Isiah Thomas’ mother in raising a family of nine children as a single-mother on the West Side of Chicago. 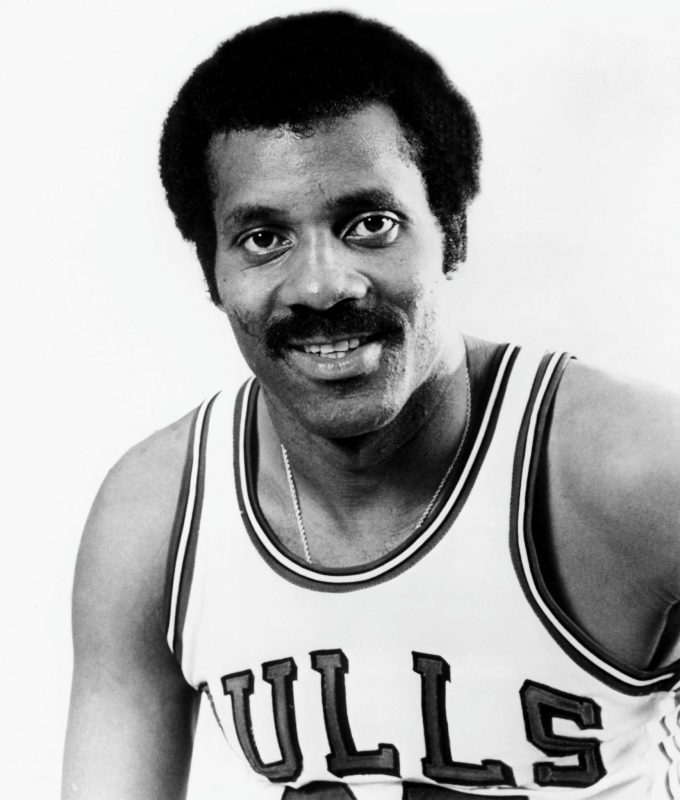 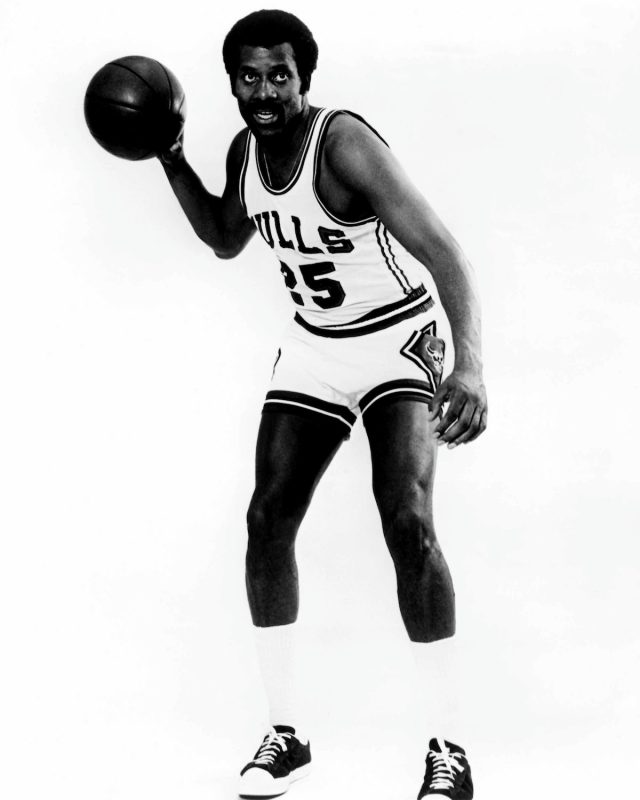 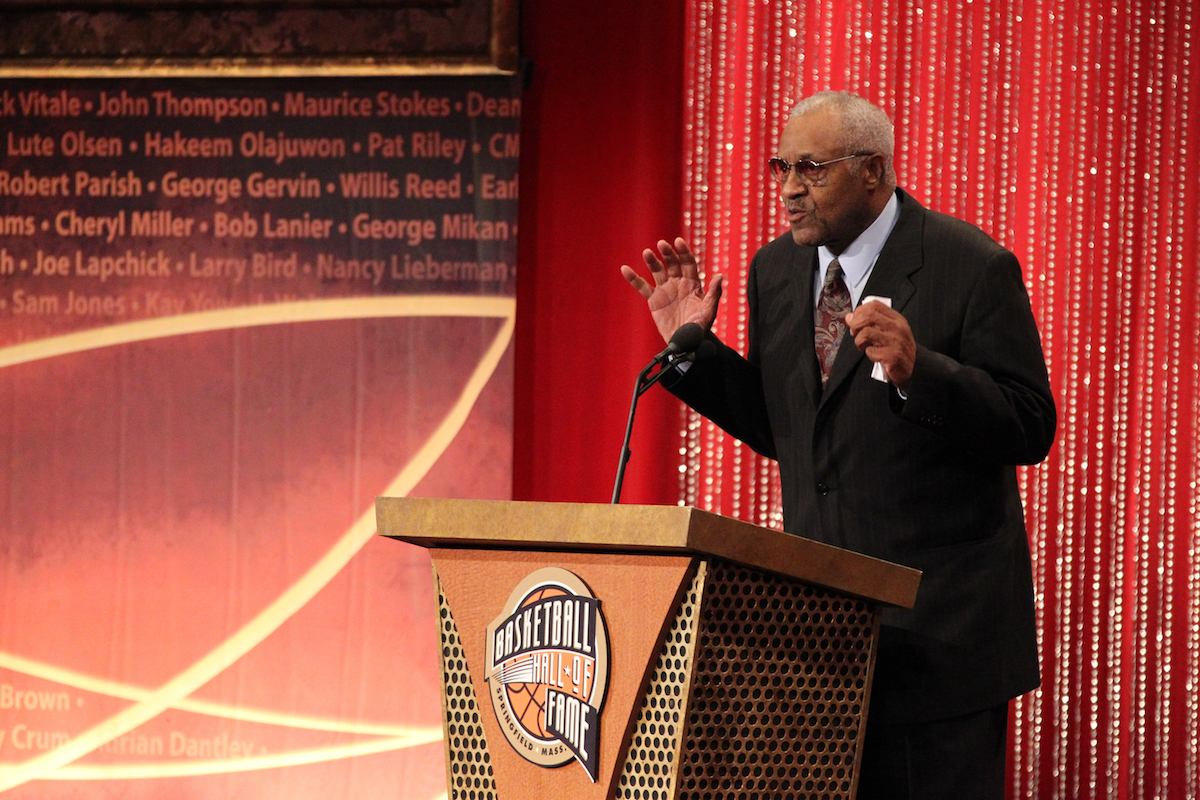 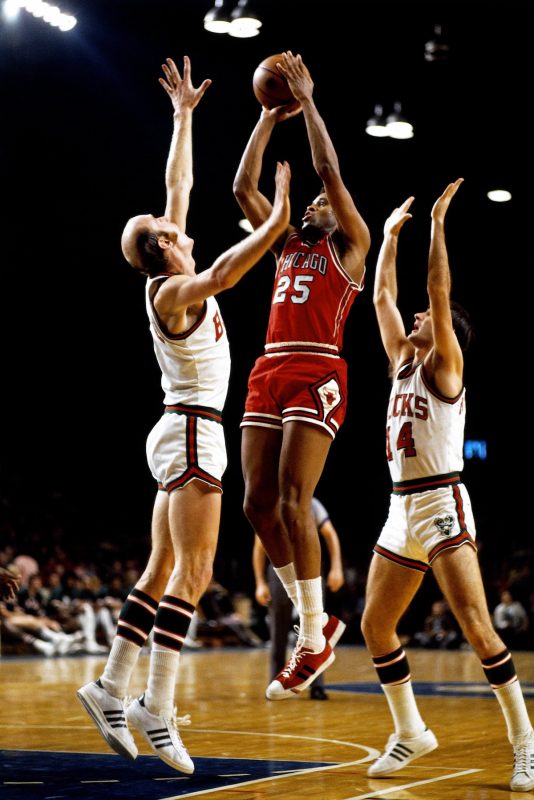